The following messages of condolence and symbols
have been added in memory of Winsome.

We have fondest memories of Winsome her welcoming smile and chats , she will be sadly missed .
Love to Don and family. Steve , Merran , Sam and Rachael.xx

Remembering Aunt Winsome’s love, cheerfulness and generosity to all the family. A kind lady, dedicated to her family, friends and everything she did in her life. We have all been blessed to have been a part of her life. Peter, Elaine, Melanie, Alexander and Elizabeth Bolitho

With her husband Don, a dear friend for many years. Winsome was the most non-judgemental and tolerant of people; so necessary in her employment as a social worker. What a pleasure it was to have a conversation with her, receive sound advice, enjoy a discussion about books read or just relish her delightful sense of humour. One left contact with Winsome always a better person. We will treasure our memories of her.

Nan was such a funny, loveable person in my life. I have wonderful memories of her and pop taking me on adventures into the city. Nan was very devoted to her grandchildren. I am going to miss you so much. You were so special to me. Lots of love Ella xx

Nan was such a kind and caring person. I loved the way nan and pop would pick me up from school and would take me to the shops. I will always remember those good times, lots of love.

Love you so much nan, thank you for everything you did for us grandkids, you always went above and beyond for us and I am so grateful that I had you in my life. Will forever be in our thoughts.

A devoted nan to Lochie, Ella and Grace. A wonderful mother in law to myself. Great memories of your time with the kids when they were young. You and Don took them on weekly adventures and they were wonderful times. I appreciated your love and devotion to them so much. Thankyou for everything, you will be missed terribly. Rest in peace x

An outline of the life of Winsome Judith Hunt

Winsome Judith Elden was the first born of two daughters born to Arthur Vivian Charles Elden and Doris Minnie Anderson on 10th December, 1928, at Geelong, a place for which she always had a special feeling. When she was about four the family moved to East Camberwell/Hartwell (Barry Humphries territory). She attended St George’s Anglican School and she used to tell stories of acting as a shepherd to a group of younger children.

At this time her father was a shipping clerk , working for Huddart Parker, an Australian shipping line. Occasionally he was offered free trips aboard coastal steamers, and sometimes Winsome would accompany him. She could remember being aboard when the beginning of World War 2 was announced, the way the ship was blacked out, and how she was shooshed by some of the passengers.

When she was ready to begin her secondary education the family moved to South Yarra and she and her sister, Nanette, were enrolled at Melbourne C.E.G.S. (Merton Hall) . The R.A.A.F. took over the school, and the younger children were “evacuated “ to guest-houses at Marysville. This move was more than the family finances could stand so the girls were transferred briefly to another Anglican school in South Yarra. Then the big decision was made to move the family to Brighton, and the girls were enrolled at Firbank Grammar School.

Winsome completed her secondary education at Firbank, showing that she had special talents in English . She was widely read in the classics – Dickens, Dumas, Hugo, Austen – and many others. Unusually for a girl at that time she matriculated, gained a Commonwealth scholarship, and went to Melbourne University (the only one in town), where she obtained a Bachelor of Arts Degree and a Diploma of Social Studies. She took up a position as *almoner” at the old Royal Children’s Hospital in Carlton. She made many long-term friendships there, including some with her clients (although this was frowned upon by the powers-that-be). It was during this period that her father took the enormous step of buying an old Hawthorn brick house in Elwood Street, Brighton, the only one he had ever owned. Winsome found a new interest that was to stay with her for the rest of her life= gardening.

After about ten years at the hospital she took up a position in the Education Department as “assistant to the Departmental psychologist” and was placed at Essendon Primary School. It was here that she met her husband Don, and they married on 12th January 1963. The couple built a house in Pentlowe Avenue, Lower Templestowe on land owned by Don. She had her children, Susan, Bruce and Merran quite quickly. She celebrated her first wedding anniversary in hospital with Susan, and, at one time she had three children under five. She became very interested in local affairs, putting great efforts into building a kindergarten and equipping a new local primary school. Later she became a school councillor. She had a great knack of getting people involved in various local activities such as school fetes.

When the children were reasonably independent she decided to broaden her horizons. She tried a few activities before she settled on the idea of helping migrants (mainly women) to learn English, and she started work as a volunteer at the Church of All Nations in Carlton. Later she became the paid leader of the teaching team. Some of her students became personal friends. She eventually retired from this work in the late1980s. On the personal front she became a guide at Como House, satisfying her love of old houses and local history; she performed this role for more than twenty years. She also enjoyed her membership of Probus, and she became a dedicated follower of the garden club.

When Don retired she was able, at long last, to indulge in her real passion - travelling She greatly enjoyed her ventures overseas, particularly her visits to England and America, and more recently the cruises around South-East Asia and New Zealand. For her the highlights were always meeting and talking with people of other countries .

Of course her greatest passion in recent times has been her grandchildren. Our excursions with the children were a great joy, and watching them grow and develop gave her enormous satisfaction.

Winsome was a “people person”. She loved to be involved with matters concerning anyone and everyone she encountered, whether they were relations, friends, business people or more recently the ladies who showered and cared for her. She always tried to relate well to the people around her, and tried to put everyone at ease. She maintained her interest in current affairs and politics to the end.

We all loved her. Winsome will be greatly missed.

My dearest and beautiful Aunt Winsome, thank you for being my Aunt for 60 years. Your caring, loving, understanding and generosity to myself and my 3 children, James, Bronwyn (deceased) and Georgina, showed what a wonderful person you were inside and outside. My favourite memory that comes to mind is when we would catchup with the families, at Christmas, Birthdays, special occasions and the laughter at the table expressed how much we all enjoyed each others company. Your laugh is what I'll remember the most with great fondness.
To Uncle Don, Susan, Bruce, Merran and family, our memories of Aunt Winsome will remain in our hearts forever.
Love Joanne, James, Bronwyn and Georgina.

We are lost for words, to hear the sad news of the passing of your Mum.
We keep you close to our hearts and in our thoughts.
We send you all our strength at this time of sadness.
Love Joe Lucy Bianca xx

Mum was strong, intelligent, honest, caring, and had a mischievous sense of humor. She was vibrant, even at the age of 92, and people liked interacting with her. I know she was ready to go, but I will miss her terribly. Dad - you are in my thoughts often. Love you both immensely. Love Merran

Loving memories of Winsome, my sister, who always looked after her younger sibling at school and at other times. I shall miss our phone calls and reminiscing of happy times.

I’m so grateful to have had Nan in my life. Sending all my love and care to you Pop.

You were a kind and caring person, Nan. We are all thinking about you Pop.

You made me laugh Winsome. I am glad I knew you. Love always. 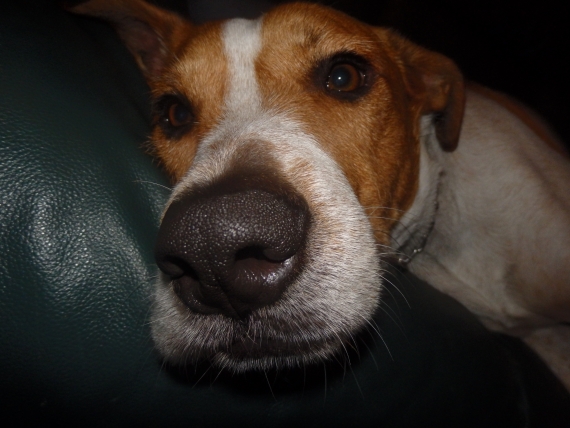 Pop, I am very sorry about nan. I loved how she used to laugh at me and the stories of when I stole food. Love you pop. Love Sultan

I love you pop, I will miss nan very much.

Lay flowers, light a candle or
place a symbol of love.

Leave a written, audio, photo or
video message of condolence.

Contribute your photos and
memories to the timeline.